A Vegan Lifestyle Is So On Trend Now

It’s started. Have you noticed? Vegan lifestyle is on trend and very acceptable, and it’s OK to talk about it!

Here at get Raw Energy, we’re watching with great interest. Everyone is offering vegan from stalls at farmers markets to coffee shops to food industry giants. (And manufacturers – but we’ll stick with food for this blog!)

So what’s the buzz? There is a great piece of research by Pierce, who suggests that with Millennials (those trendy hipster types, the iPod generation) leading the way online, with their needs for collaboration and aligning with same interest people, food tribes (and vegan food tribes) are a big thing – thus pushing vegan (and now called vegan lifestyle) into the mainstream.

You see, no more does ‘being a vegan’ mean you’re in an uncool minority group – it’s fast becoming a lifestyle choice which, although not necessarily adhered to 100% of the time, is exercised on regular occasion, and is now about so much more than animal welfare. Vegan offers a healthier, cleaner choice to food – and other products. Plus, digesting meat takes a lot of energy compared with a plant based diet. Energy that could be used elsewhere in your life.

Consumers like you are becoming curious and educated about the source of their food, and more conscious about health and wellbeing and a plant based diet is a good option. Get Raw Energy would not exist if this was not the case – we help hundreds of people who want to improve their resilience and stay in good physical and mental health by coaching and advising. We subscribe to a ton of healthy food blogs – many of which are vegan and we’ve noticed vegan lifestyle is no longer just about having to because of say, animal welfare an intolerance to lactose for example, or a desire to save the planet – it’s ALSO about wanting to, about being fully conscious in your health decisions.

We decided to do some research on the rise of vegan lifestyle (as opposed to veganism) and here are a few interesting points:

Research on plant based diets in peer reviewed literature rose 19% in 2014. Click these links if you would like more information.

It seems that references to ‘vegan’ in social media has more traffic (4.3 million in 90 days) than Coca Cola (4.1 million references in the same period) (we smiled too).

The animal products industry is getting uncomfortable – there was a recent unsuccessful case against a vegan mayo product which resulted in the large food company bringing out their own version (!!).

Plus, you’ll read in the mainstream media about some of the big food companies especially in the US, who have decided to join the revolution and have added a vegan option to their menus. Ben & Jerry have bought out a vegan ice cream!

And here’s the best one. In the research we caught wind of a vegan butcher opening up in the US. They had 5 million likes on You Tube in 3 days. They smashed their Kickstarter campaign to set up permanent premises, expanding from their farmers market stall. From the social media images it looks like the queue is always around the block and people drive for hours to get their products.

The Herbivorous Butcher is a brother and sister team who started with a stall at a farmers market, and have just opened a shop. They take what’s great about all the flavours meat products have – make them out of a dough (mostly gluten free, but there’s no actual recipes) and work a bit of magic.

Some of the foods for sale include pulled pork, deli ham, maple bacon and mozarella. Meat free meat and cheese free cheese.

People are calling it the next big movement. The Meat industry is giving it space on their newspages (although not such positive reviews as on vegan social media!).  Great tasting alternatives (as opposed to eating rice and a bit of veg) are causing quite a stir. 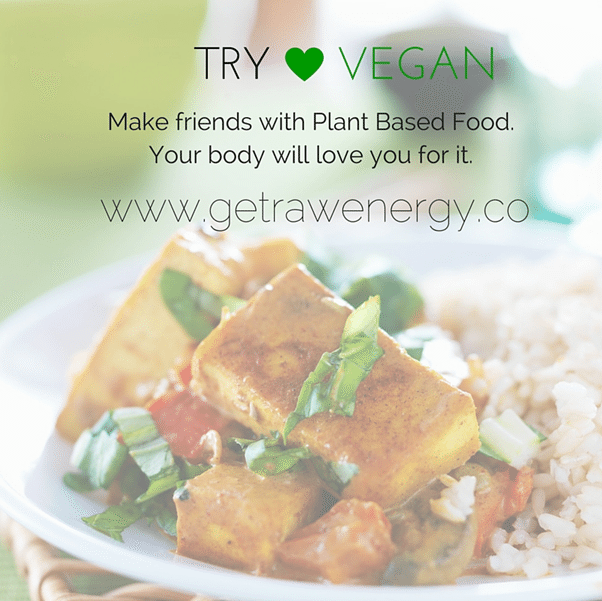 This is the future. Let’s see if you can embrace vegan lifestyle even if it’s just one day a week. Make a change from grass roots up and leave a legacy (and a planet) for the next generation. Yes, it’s that important, and you’ll find out for yourself why once you start to educate yourself about the impact animal farming has on the planet (we’re talking all areas from how much water it takes to make a pound of beef – to how much methane gas cows give out !!).

Curious to make a change? How can you start?

You don’t need to give up meat altogether, but you could start by having a meat-free day/weekend just to give your system a break from digesting meat. You could consider educating yourself on the food industry and large scale farming, so you can make more informed choices. (Try not to browse some of the vegan processed foods in the supermarket as they’re not healthy options.) Oh and by the way, many of the vegetarian options have milk in!

You can also eat foods that are accidentally vegan (I know – you never knew!) by checking out Vegan Kind who also do a delivery box of goodies.

Making the jump can be tricky. Consider it a bit like learning a new language – but with a good guide, you will quickly pick up some great energising vegan lifestyle habits.

Get Raw Energy can help you make a few changes which will have a big impact to reduce your stress levels and boost your resilience. Subscribe to the blog so that you can get updates.

You can also sign up for the Healthy Habits ezine and get more top tips on what you can do to turbo boost your energy levels at work. We’re here to support on your journey to better health and wellbeing.

“There’s nothing you can’t do if you get the habits right.”
- Charles Duhigg
Your information will *never* be shared or sold to a 3rd party.
Get Your Copy