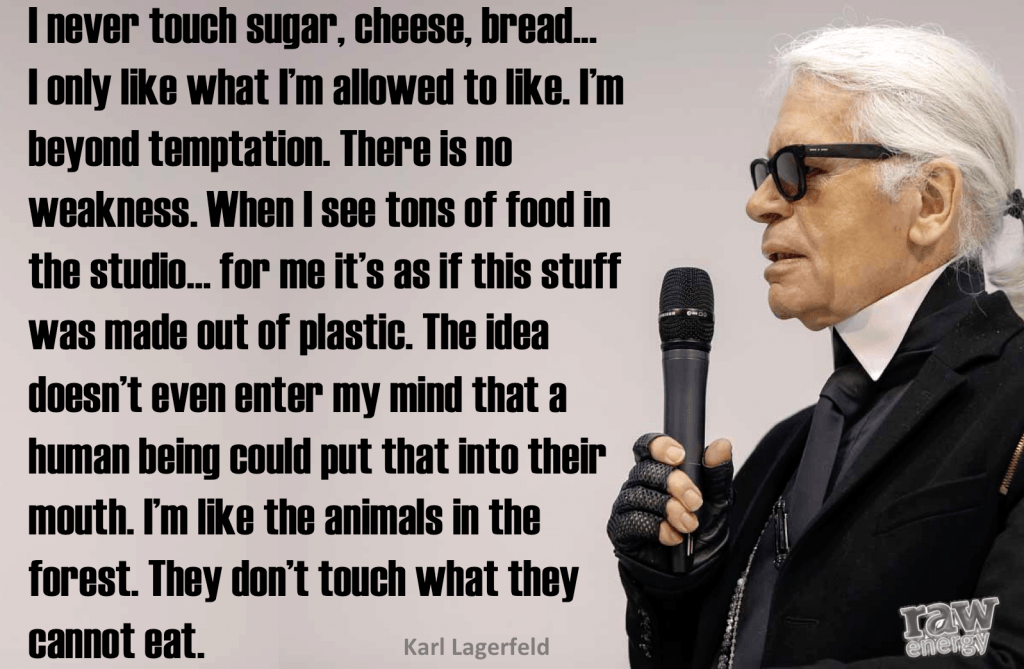 Like animals in the forest, Karl Lagerfeld only eats the things he’s allowed to eat…. anything else is poison to him

“I only like what I’m allowed to like. I’m beyond temptation. There is no weakness. When I see tons of food in the studio… for me, it’s as if this stuff was made out of plastic. The idea doesn’t even enter my mind that a human being could put that into their mouth. I’m like the animals in the forest. They don’t touch what they cannot eat.” Karl Lagerfeld

Karl Lagerfeld is an iconic figure, easily recognisable for his black and white trademark look. A German fashion designer who at 81 is  also head designer and creative director of fashion house Chanel, and of Fendi.  With this ‘no fake food’ philosophy he is also promoting  a positive healthy eating message through the media.

lawrence2015-02-16T17:44:55+00:00Longevity|
We use cookies to ensure that we give you the best experience on our website. If you continue to use this site we will assume that you are happy with it.Ok