‘But hurry, the class is about to begin.’ 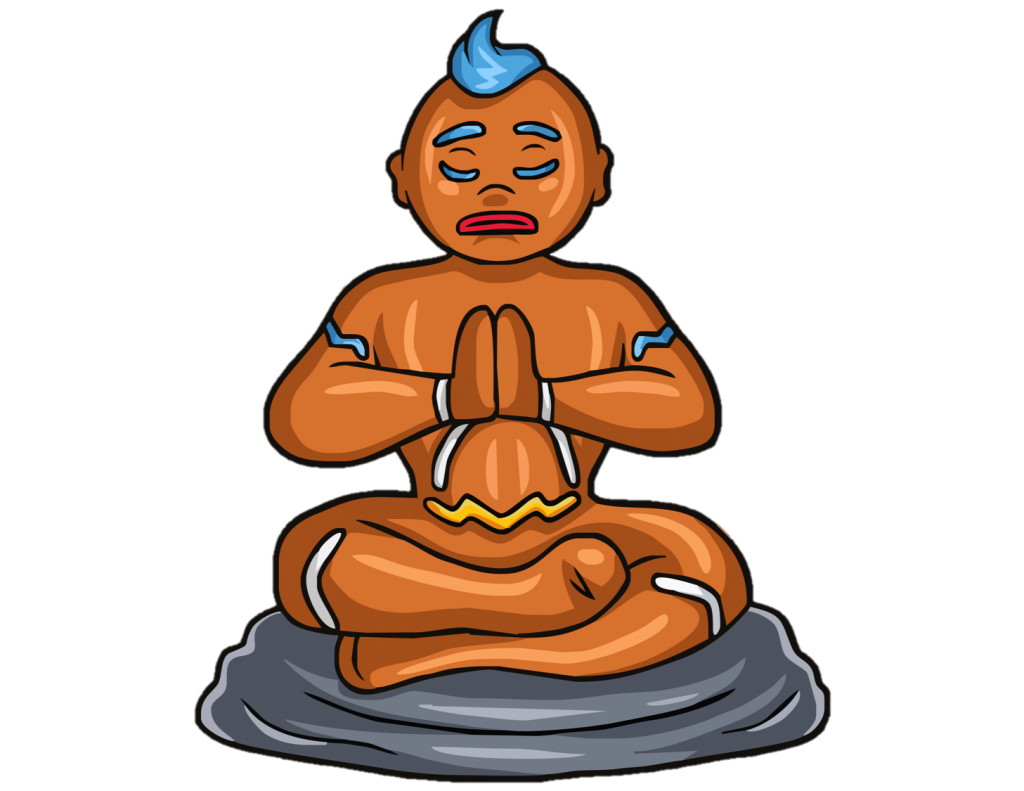 With those words, I had to make a decision. I was tired after a long, long day. My head was full of information and it would be so easy to just go home. But on the other side, I had been talking about introducing a practice of yoga for years. I’d tried it before, but each occasion hadn’t been a particularly positive experience, leaving me with the strong sense that i wasn’t built for yoga.

However, it was an opportunity, so I made a decision to do it and rushed into the changing room, rapidly put on my workout shorts, asked someone for a yoga mat, and then armed with the curly, purple mat, I entered the darkened yoga studio.

It was an intimidating experience. The temperature was so hot, 30 degrees at least.  Across the floor were at least 40 people, mostly female, clad in lycra, bent forward in what I know now to be a sleeping dog format.

I observed the room and spotted a space in the far left-hand corner, so walked over to the space and laid my mat down, trying to appear like I knew what I was doing. The mat curled on both ends, so I tried to flatten it,  get into the class and ignore the strong sense I had to roll-up my mat and creep back out the way i came! i didn’t, though. I wanted to embrace yoga and get the benefits that so many people i know seem to get.

As Sally explained, Yoga is all about going inside and entering the rich internal life we all have to deepen the connection with ourselves. The teacher kept alluding to this point throughout the class. However, though, I got this at an intellectual level, the next hour proved to be an hour full of me feeling quite the opposite. I was acutely aware of my lack of skill and expertise in yoga, and felt very dependant on my external environment to know what to do. All of the moves were new to me. I was also so  aware of my lack of physical flexibility, not being able to touch my toes, let alone stand on one leg and bend the other leg out in the air. I felt very inadequate.

By the end of the class, I felt physically and mentally exhausted.

I limped out of the yoga studio, got showered and changed and then tried to sneak out without catching Sally’s eye. I didn’t succeed.

‘How was the class?’, beamed Sally in anticipation. What do I say? Exhausting, humiliating, suffering, challenging were the words that came to mind. The words: ‘interesting’ stuttered out of my mouth. ‘I’ll have a think about whether to buy the month’s pass’ came next.

As I took the elevator down. I felt an odd kind of mixed feeling. A sense of achievement that I’d finally gone to a class after talking about it for a while. And secondly, a sense that I needed to return and master and integrate this practice into my life.

There is a lot of evidence to support the physical and mental benefits of yoga. In our busy lives, yoga is becoming very popular.  Indeed, according to Ray Morgan Research, Yoga is Australia’s fastest-growing sporting or fitness activity, with its popularity doubling since 2008. Two million Australians now practice yoga regularly. One in 10 Australians  now do Yoga, up from one in 20 in 2008. Back then, aerobics was the more popular fitness activity; today, more than twice as many people do yoga as aerobics.

Yoga is a whole person strategy. It helps us feel physically better and what’s good for us physically is also good for us mentally. Given the psychological stress that many people are under in the workplace, yoga is proving a useful intervention and tool for mental health. In fact, there’s a growing amount of evidence to show  how yoga helps you cope with stress, for instance.

According to Dr M Storoni , there are two functional parts of the brain that play a key role in stress, supporting emotion and cognitive functions:

The concept is very similar to what Professor Steve Peters describes as our ‘Chimp and Human brain’ in his best selling book: The Chimp Paradox.

In Dr Storoni’s model, the  logical brain is always trying to restrain the emotional brain, and thus turn off the stress response, enabling the body and mind to relax.

So how does yoga help mental health?

In short, the postures helps to strengthen the logical brain, quietening down and keeping the emotional brain under control. As Dr Storoni writes:

‘Yoga is training this entire stress circuit at two levels. First, every time we are ‘holding’ a posture, staying very still to concentrate or trying to balance, our logical brain is being activated.’

After a series of yoga postures, the logical brain has had a ‘workout’, which over time will result in a rewiring of the nerve connections within the logical brain, resulting in a number of benefits”

‘You may find it easier to channel your thoughts in the direction you want and not ‘dwell’ on negative thoughts or experiences. This is partly why yoga seems to have a positive effect on depression and anxiety, where sufferers have a tendency to dwell on negative life events.’

So there you have it. As a practice, Yoga is still less popular with men, although interestingly, though women account for the largest number of yoga participants, the biggest growth across any age and gender segment has been among men aged 25 to 34: one in 10 now do yoga, a more than threefold increase compared with 2008.

The best postures for stress management

The Science behind Yoga & Stress