8 Foods That Experts Avoid – and Why You should Too

Home/Posts/Focus, Food & diet, GMOs, Organic, Raw Energy/8 Foods That Experts Avoid – and Why You should Too

I discovered this great article on informative website www.eatlocalgrown.com – which identified 8 foods that experts avoid eating. It makes for a great read. Not only because there is some information that I just didn’t know – and it’s always good to learn new things, but also that the evidence is presented by food experts – so we all really should pay attention. The author April McCarthy has done a great job, so I’m very happy to share her words.

Food scientists are shedding light on items loaded with toxins and chemicals–and simple swaps for a cleaner diet and supersized health. Experts from different areas of specialty explain why they won’t eat these eight foods.

Clean eating means choosing fruits, vegetables, and meats that are raised, grown, and sold with minimal processing. Often they’re organic, and rarely (if ever) should they contain additives. But in some cases, the methods of today’s food producers are neither clean nor sustainable.

The result is damage to our health, the environment, or both.

So we decided to take a fresh look at food through the eyes of the people who spend their lives uncovering what’s safe–or not–to eat.

Their answers don’t necessarily make up a “banned foods” list. But reaching for the suggested alternatives might bring you better health–and peace of mind.

Fredrick Vom Saal, is an endocrinologist at the University of Missouri who studies bisphenol-A.

The resin linings of tin cans contain bisphenol-A, a synthetic estrogen that has been linked to ailments ranging from reproductive problems to heart disease, 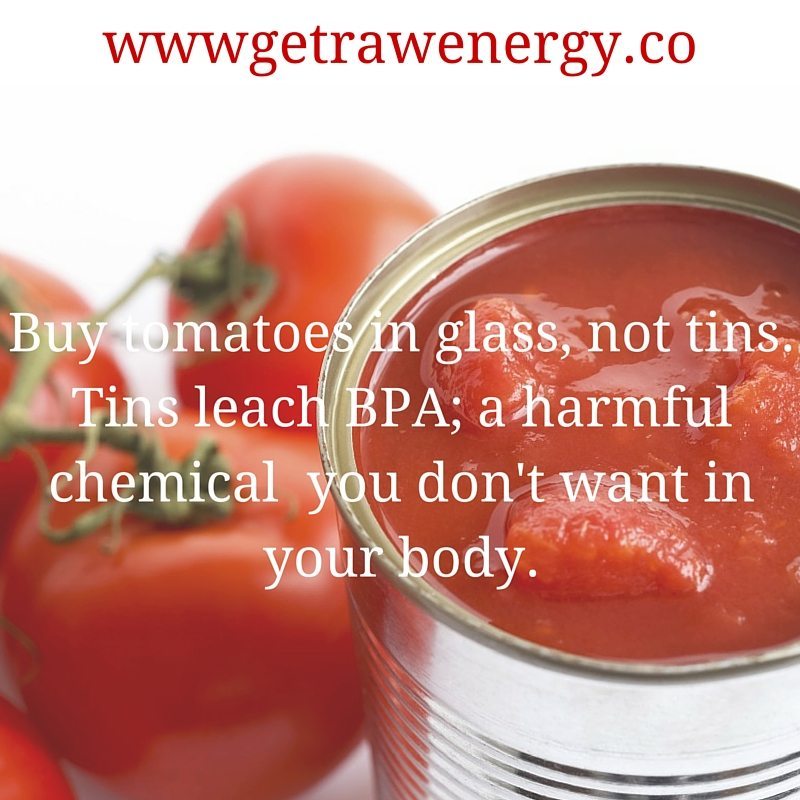 diabetes, and obesity. Unfortunately, acidity (a prominent characteristic of tomatoes) causes BPA to leach into your food. Studies show that the BPA in most people’s body exceeds the amount that suppresses sperm production or causes chromosomal damage to the eggs of animals. “You can get 50 mcg of BPA per liter out of a tomato can, and that’s a level that is going to impact people, particularly the young,” says vom Saal. “I won’t go near canned tomatoes.”

Choose tomatoes in glass bottles (which do not need resin linings), such as the brands Bionaturae and Coluccio. You can also get several types in Tetra Pak boxes, like Trader Joe’s and Pomi. Exposure to BPA Causes Permanent Damage In OffSpring

Joel Salatin is co-owner of Polyface Farms and author of half a dozen books on sustainable farming.

Cattle evolved to eat grass, not grains. But farmers today feed their animals corn and soybeans, which fatten up the animals faster for slaughter. But more money for cattle farmers (and lower prices at the grocery store) means a lot less nutrition for us. A recent comprehensive study conducted by the USDA and researchers from Clemson University found that compared with corn-fed beef, grass-fed beef is higher in beta-carotene, vitamin E, omega-3s, conjugated linoleic acid (CLA), calcium, magnesium, and potassium; lower in inflammatory omega-6s; and lower in saturated fats that have been linked to heart disease. “We need to respect the fact that cows are herbivores, and that does not mean feeding them corn and chicken manure,” says Salatin.

Buy grass-fed beef, which can be found at specialty grocers, farmers markets, and nationally at Whole Foods. It’s usually labeled because it demands a premium, but if you don’t see it, ask your butcher.

Olga Naidenko, is a senior scientist for the Environmental Working Group.

Chemicals, including perfluorooctanoic acid (PFOA), in the lining of the bag, are part of a class of compounds that may be linked to infertility in humans, according 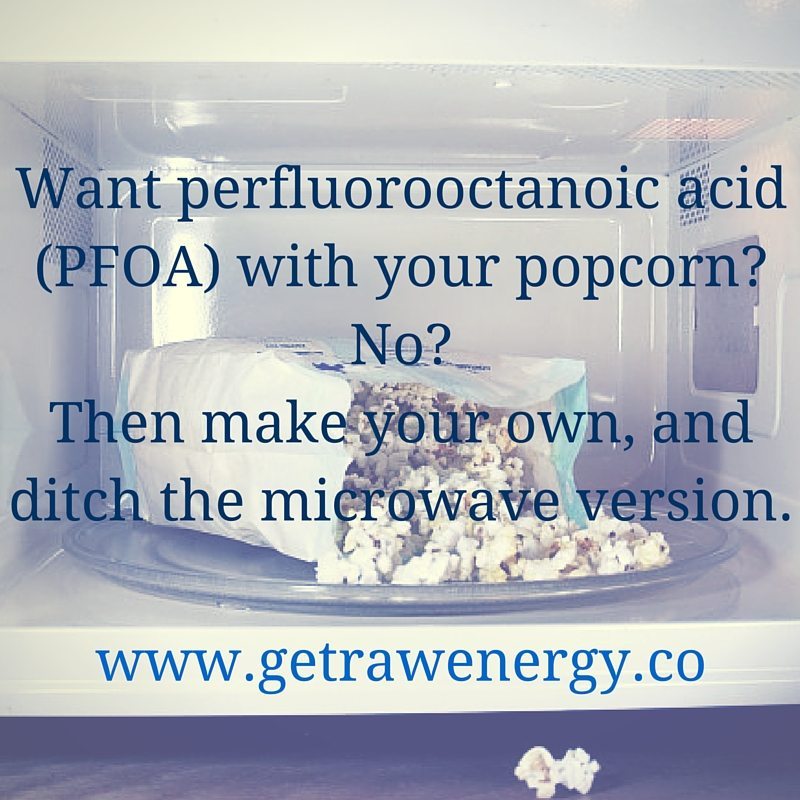 to a recent study from UCLA. In animal testing, the chemicals cause liver, testicular, and pancreatic cancer. Studies show that microwaving causes the chemicals to vaporize–and migrate into your popcorn. “They stay in your body for years and accumulate there,” says Naidenko, which is why researchers worry that levels in humans could approach the amounts causing cancers in laboratory animals. DuPont and other manufacturers have promised to phase out PFOA by 2015 under a voluntary EPA plan, but millions of bags of popcorn will be sold between now and then.

Pop organic kernels the old-fashioned way: in a skillet. For flavorings, you can add real butter or dried seasonings, such as dillweed, vegetable flakes, or soup mix. Make it organic and use coconut oil. If You’re Still Eating Microwave Popcorn, You’re Not Fully Grasping The Health Consequences

Jeffrey Moyer is the chair of the National Organic Standards Board.

Root vegetables absorb herbicides, pesticides, and fungicides that wind up in soil. In the case of potatoes–the nation’s most popular vegetable–they’re treated with fungicides during the growing season, then sprayed with herbicides to kill off the fibrous vines before harvesting. After they’re dug up, the potatoes are treated yet again to prevent them from sprouting. “Try this experiment: Buy a conventional potato in a store, and try to get it to sprout. It won’t,” says Moyer, who is also farm director of the Rodale Institute (also owned by Rodale Inc., the publisher of Prevention). “I’ve talked with potato growers who say point-blank they would never eat the potatoes they sell. They have separate plots where they grow potatoes for themselves without all the chemicals.”

Buy organic potatoes. Washing isn’t good enough if you’re trying to remove chemicals that have been absorbed into the flesh. Budget tip: Organic potatoes are only $1 to $2 a pound, slightly more expensive than conventional spuds.

Dr. David Carpenter, director of the Institute for Health and the Environment at the University at Albany, published a major study in the journal Science on contamination in fish.

Nature didn’t intend for salmon to be crammed into pens and fed soy, poultry litter, and hydrolyzed chicken feathers. As a result, farmed salmon is lower in vitamin D and higher in contaminants, including carcinogens, PCBs, brominated flame retardants, and pesticides such as dioxin and DDT. According to Carpenter, the most contaminated fish come from Northern Europe, which can be found on American menus. “You could eat one of these salmon dinners every 5 months without increasing your risk of cancer,” says Carpenter, whose 2004 fish contamination study got broad media attention. “It’s that bad.” Preliminary science has also linked DDT to diabetes and obesity, but some nutritionists believe the benefits of omega-3s outweigh the risks. There is also concern about the high level of antibiotics and pesticides used to treat these fish. When you eat farmed salmon, you get dosed with the same drugs and chemicals.

Switch to wild-caught Alaska salmon. If the package says fresh Atlantic, it’s farmed. There are no commercial fisheries left for wild Atlantic salmon. Farmed Fish vs. Wild Fish: How Healthy Is The Fish At Your Favorite Grocery?

Rick North is project director of the Campaign for Safe Food at the Oregon Physicians for Social Responsibility and former CEO of the Oregon division of the American Cancer Society.

Milk producers treat their dairy cattle with recombinant bovine growth hormone (rBGH or rBST, as it is also known) to boost milk production. But rBGH also increases udder infections and even pus in the milk. It also leads to higher levels of a hormone called insulin-like growth factor in milk. In people, high levels of IGF-1 may contribute to breast, prostate, and colon cancers. “When the government approved rBGH, it was thought that IGF-1 from milk would be broken down in the human digestive tract,” says North. “There’s not 100 percent proof that this is increasing cancer in humans,” admits North. “However, it’s banned in most industrialized countries.”

Michael Harris is biotech specialist who has directed several projects within the biotech sector including those for genetically engineered food. He has been a consultant, manager and director for companies such as Xenon Pharmaceuticals and Genon Corporation.

Genetically engineered food is a cause of great concern due to the manipulation of DNA and genetic code including transfers from one species to another. Fermented Soy Is The Only Soy Food Fit for Human Consumption and since almost 90% of soy in the world is genetically modified, if you are not ensuring sources are organic, long-term health problems are inevitable, especially since soy has been found to affect hormonal balance and even cause cancer.

Check labels to ensure soy is Non-GMO or organic and never consume unfermented sources. If possible contact the company to find out exactly where the Non-GMO soy was obtained.

Mark Kastel, a former executive for agribusiness, is codirector of the Cornucopia Institute, a farm-policy research group that supports organic foods.

If fall fruits held a “most doused in pesticides contest,” apples would win. Why? They are individually grafted (descended from a single tree) so that each variety maintains its distinctive flavor. As such, apples don’t develop resistance to pests and are sprayed frequently. The industry maintains that these residues are not harmful. But Kastel counters that it’s just common sense to minimize exposure by avoiding the most doused produce, like apples. “Farm workers have higher rates of many cancers,” he says. And increasing numbers of studies are starting to link a higher body burden of pesticides (from all sources) with Parkinson’s disease.

Buy organic apples or apples from a farmer that you trust! 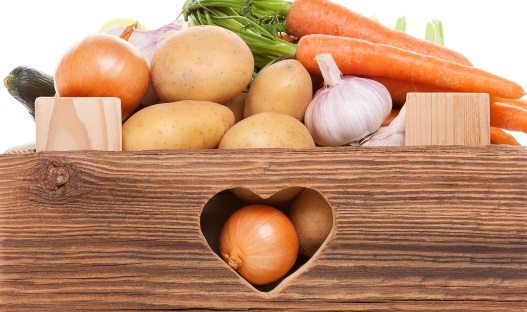 Choose where your vegetables and fruit come from. They will taste better, and you will feel better knowing exactly how and where they’ve been grown.

Educating yourself to make better health choices is not easy, but is possible if you’re committed. Often we’re not even aware of the bad habits that we have picked up over many years that are putting our health at risk and not serving us well. I believe that you can change your life one habit at a time.

Start today, by getting A Better Life: Discover What you Really Want and How to get it: www.getrawenergy.co/6-steps-to-a-better-life/ 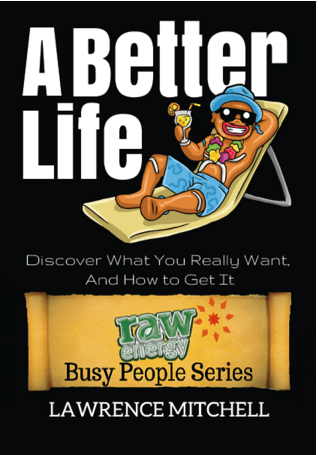 “There’s nothing you can’t do if you get the habits right.”
- Charles Duhigg
Your information will *never* be shared or sold to a 3rd party.